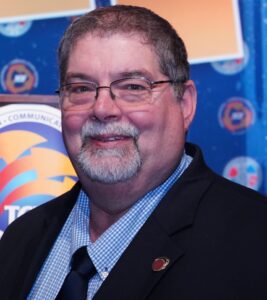 Mr. Lakin began his railroad career in May 1979 on the Southern Railway in Knoxville, TN. He joined and became an active member of Lodge 6047 in September, 1979.

Mr. Lakin worked at the Coster Shop heavy repair facility from 1979 until its closure in 1995. In 1995 he transferred to work at John Sevier train yard and worked there until 2012 when he began to work full time for the Organization.

Mr. Lakin was elected his current position as General Vice President effective September 1, 2018. In his current position he handles negotiation with several freight carriers. He is also the Labor Member for the BRC at the National Railroad Adjustment Board Second Division and handles Public Law Board arbitration for several properties.