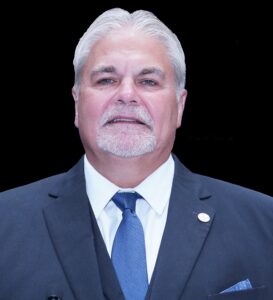 Don began his railroad career on the C&O railroad at Grand Rapids, Michigan in 1981. After being furloughed, he transferred and served his apprenticeship in Richmond, Virginia. Brother Grissom has worked all shifts and facets of the craft from heavy car repair shop, rip track, transportation yard, air brake room and Steam Derek Operator with tool cars.

In 1985, he assumed the position of Local Chairman for Local Lodge 183 in Richmond, Virginia, and was re-elected to that position for three consecutive terms.