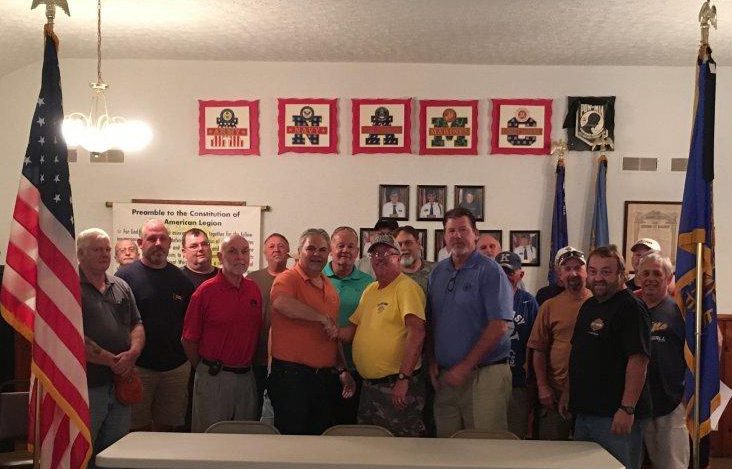 Tony “Bones” Morrison started his railroad career on April 17, 1978 at the Chesapeake Ohio Heavy Repair Shop located in Raceland, KY.  Tony was elected to a Trustee position of LL 6344 in 1997.  In 1999, he was appointed to the Local Protective Committee by former Local Chairman, Woody Lane, to assist in the lodge’s affairs.  In 2006, Tony assumed the Financial Secretary position and remained at this position until January 1, 2014, when he was elected to the position of Chairman to the Board of Trustees and was able to assist the new FST, Greg Sanders, until he retired on July 1, 2016.  He retired with 38 years of service with the Union and Railroad.  Pictured are: in the front row left to right:  Greg Sanders, FST, Woody Lane, former LC, Don Grissom, General Vice President BRC, retiree Tony Morrison, Local Chairman, Steve Hensley and President, Phillip Bowling.  Other Officers present were Chris Barker, Lloyd Bowling, Edward Thomas, Gerald Barber and Dennis Hutchinson.