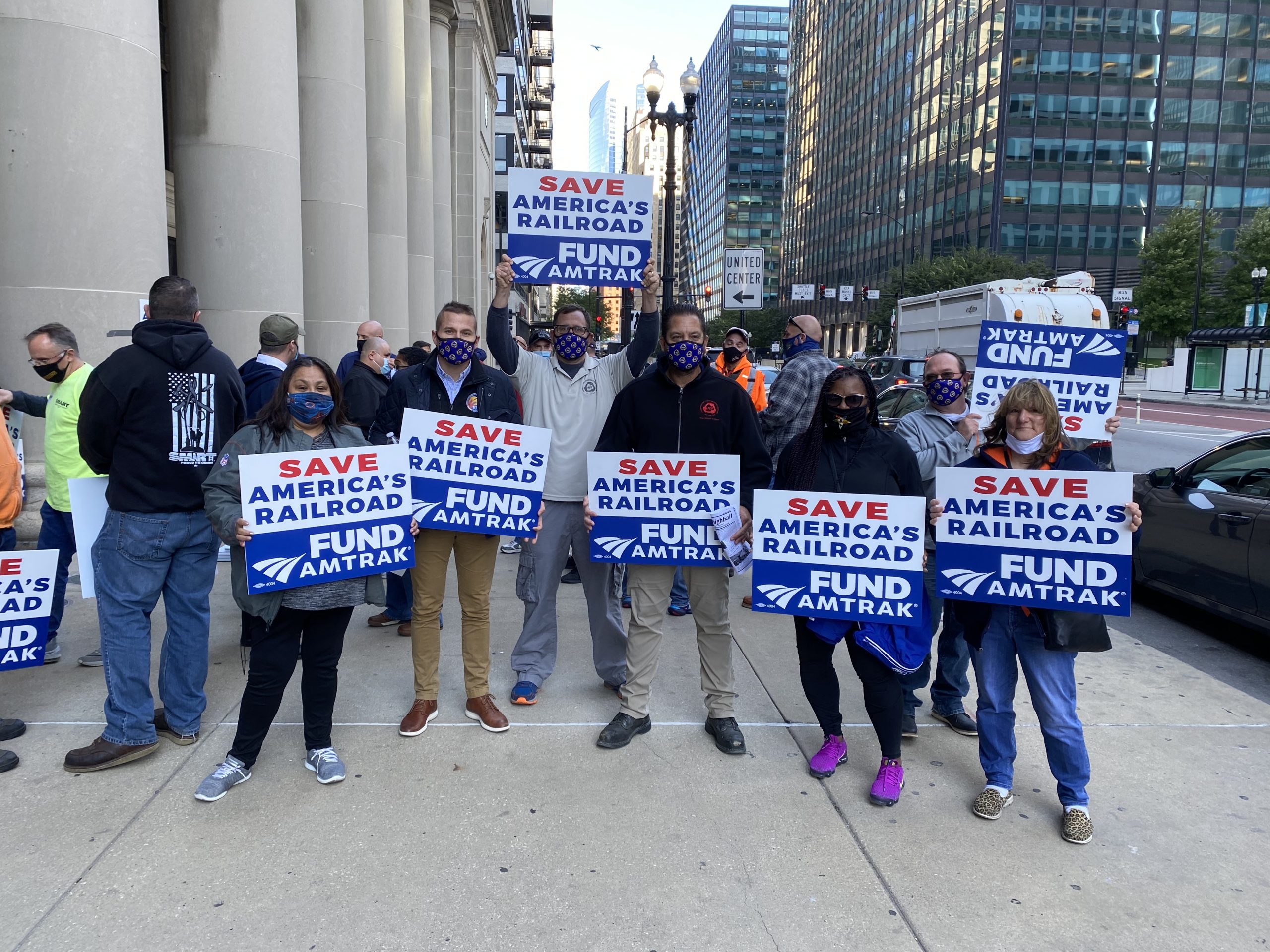 Regardless of location, TCU leaders spoke with one voice, urging Congress and the White House take action to save Amtrak jobs and service:

Together we can speak as one powerful voice… and use that voice if nothing is done…by voting on November 3rd …to get that message across … Thank you to everyone across the country who is protesting with us today to demand action now, not in two weeks but NOW!”

Transportation Trades Department (TTD), AFL-CIO, president Larry Willis addressed the rally: “We know how important Amtrak is to not only you and your colleagues and co-workers, but to the nation and passengers you so gallantly serve. 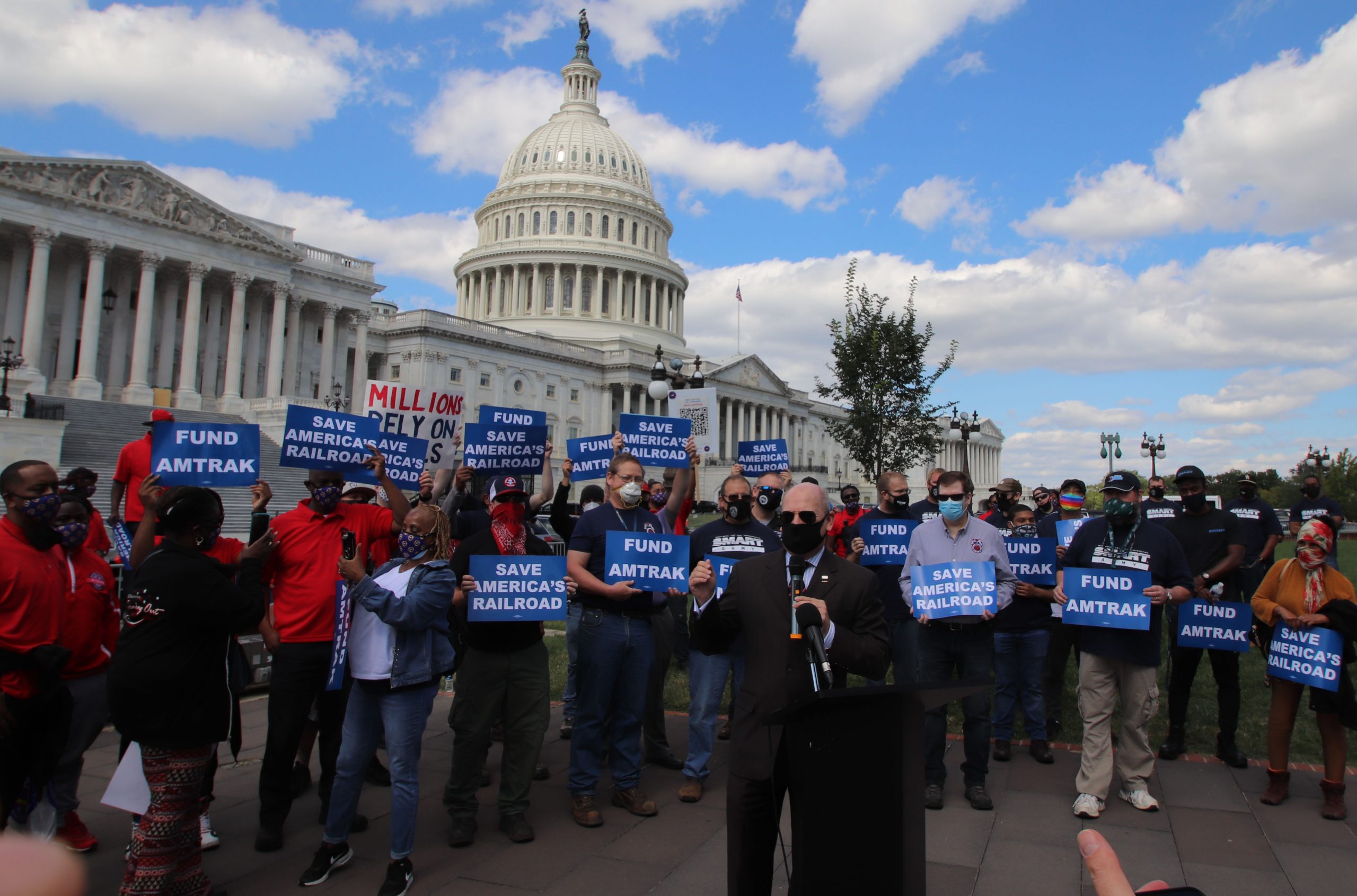 Amtrak exists because of all of you politically you are the force that pushes back…your jobs at Amtrak are too important to leave on the cutting room floor. We will stand with you until the fight is over.”

“Passenger rail has friends all across the United States…the reason it does is because of what it does for the country,” said Jim Matthews President of the Rail Passengers Association. “Amtrak contributes roughly between $7 and $8 billion a year in revenue to the economies of communities that it serves…these cuts will drop a $2.4 billion bomb on those communities, the tradeoff is a $200 million savings to Amtrak, that is unacceptable. Let’s keep fighting and we are gonna save America’s Railroad.” 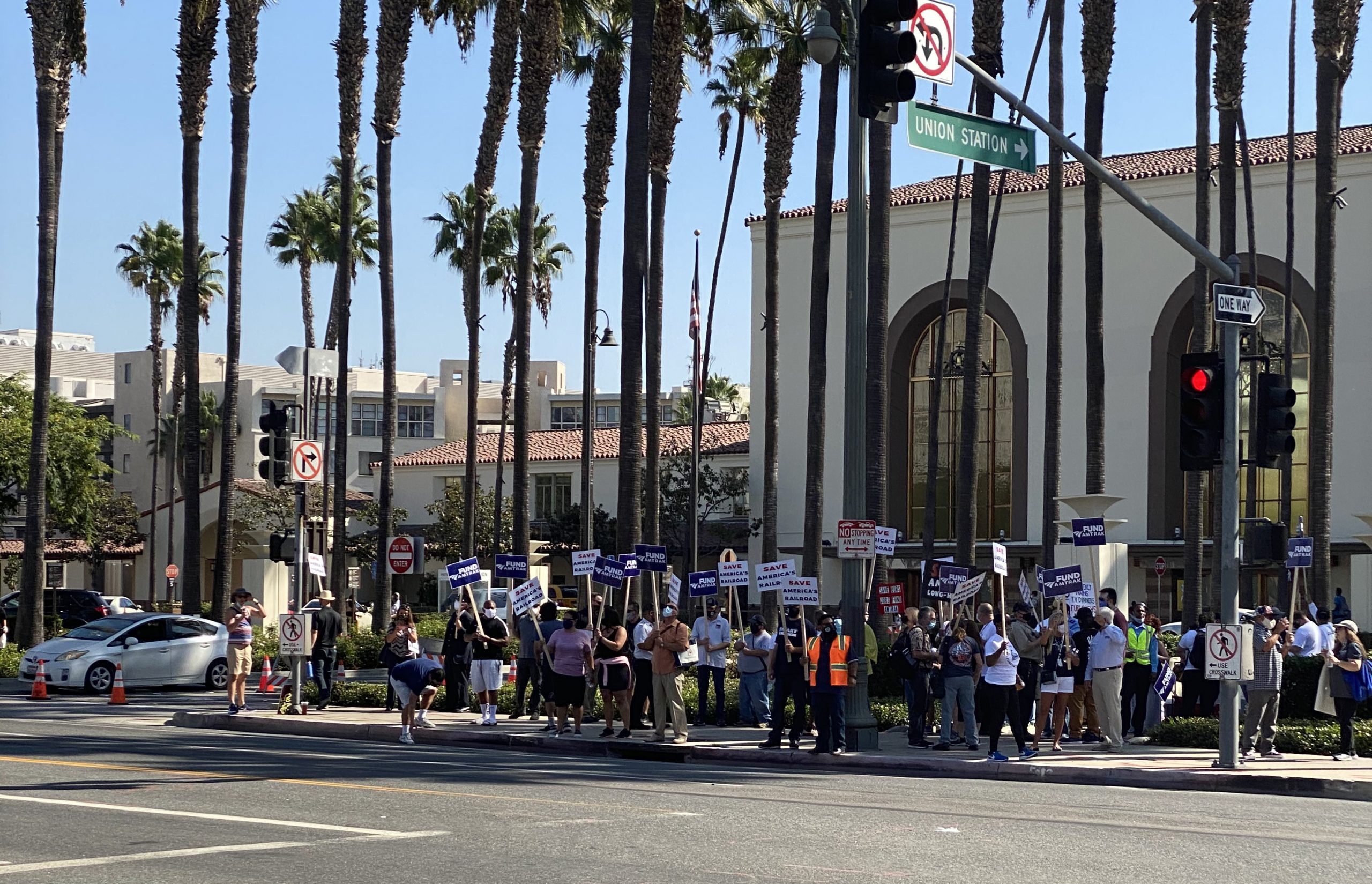 Congressmen from both sides of the aisle attended the rallies in support of the Amtrak workforce and service. Congressman Fitzpatrick (R-PA), Boyle (D-PA), Ryan (D-OH), Norcross (D-NJ) and Lynch (D-MA) all spoke in support of funding Amtrak immediately.

Congressman Fitzpatrick (R-PA) said, “We have your back in a bipartisan process, I will work with everyone to protect your jobs…I want to thank all of you for keeping everyone safe and taking care of us.”

Congressman Boyle (D-PA) said, “Without fail the Amtrak employees across the country could not be nicer or more helpful…they make the train system work. Frankly, the way they are being treated is a disgrace…I am here to let you know I am fighting with you, we need to protect the men and women that are the backbone of our transportation system.” 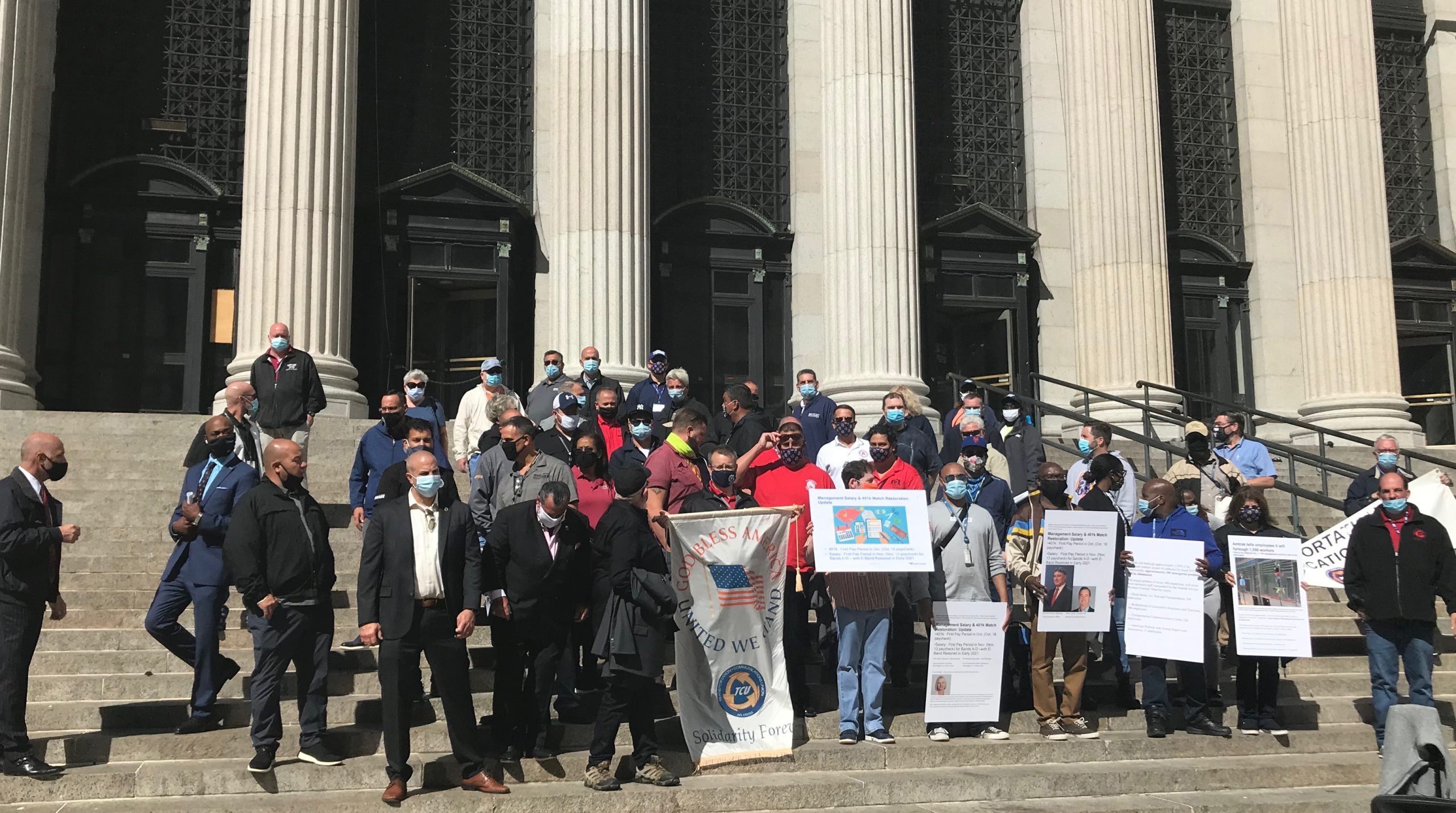 Call and write your Member of Congress and Senators! Post on social media! Get friends and family to write Congress and ask them to support funding for Amtrak that saves jobs and preserves long-distance service!

TCU has an online action tool to make it easy: https://iam4.me/FundAmtrakNow

[Update: TCU National President Maratea has sent a letter to Amtrak CEO Flynn, asking him to halt furloughs temporarily to allow Congress and the Administration to reach a deal.

Click here to read the letter to Amtrak CEO Flynn]