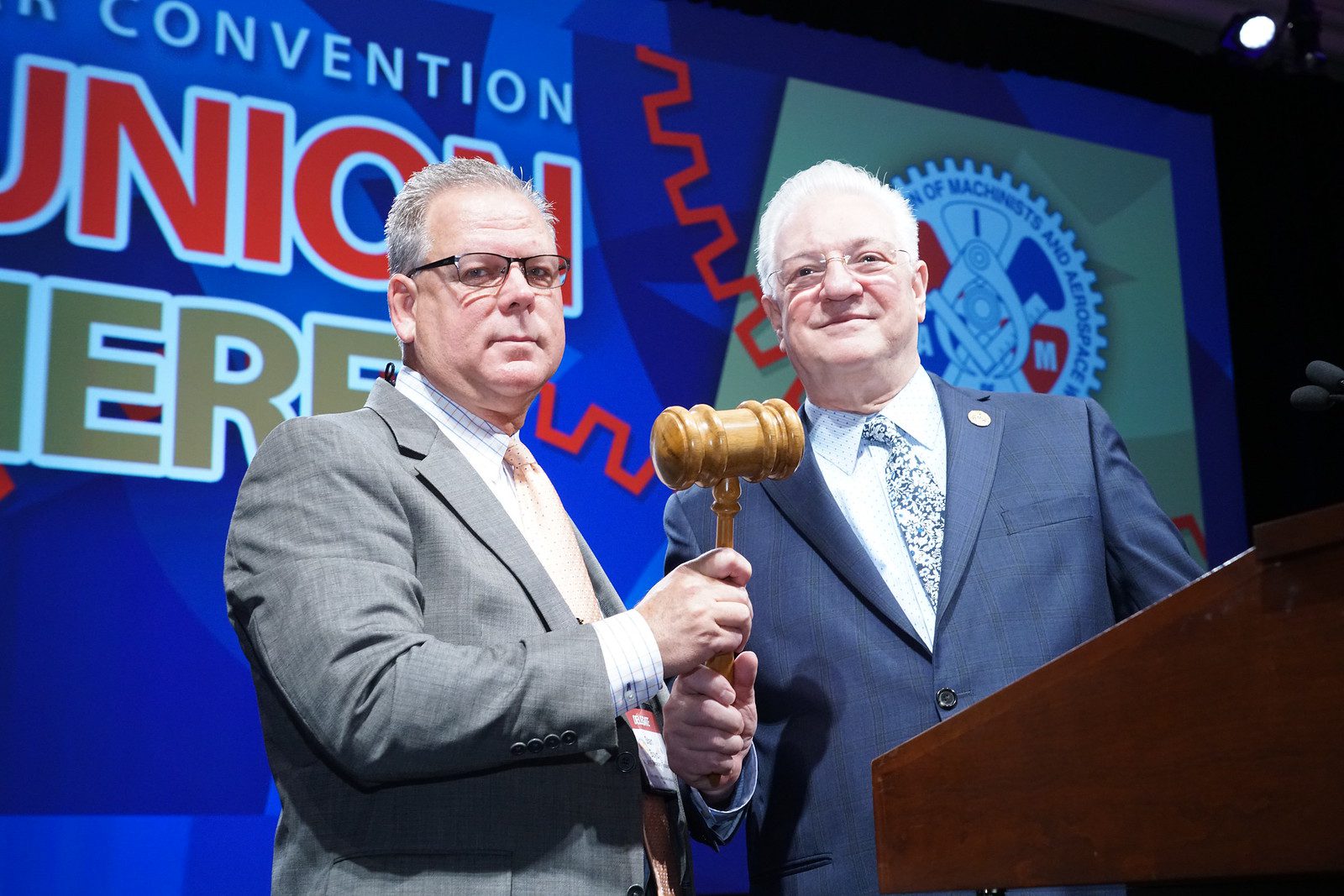 Bob Scardelletti described this 2018 TCU Convention as the best Convention ever! He proudly declared that the TCU/IAM 119th Anniversary is for everyone to celebrate.

In President Scardelletti’s keynote address he brought comparisons from earlier times and how those fights made us a stronger union today, “We are among the oldest unions in America, in the beginning we were beaten, cursed, fired, blackballed, blood, sweat, tears and death,” said Scardelletti. “It took hundreds of thousands of members standing together and thousands of local reps, people like you, to bring us to where we are today.

“We are not going back! We do not apologize for our good wages and benefits; they are the result of our labor. TCU will never back down.”

The delegates re-elected every National officer by acclamation and President Scardelletti declared that being elected again gives him the strength and the determination to carry on. Going on to say, “I will never let you down.”

National Secretary-Treasurer Stanley Boyd, also elected by acclamation, told the delegates, “thank you for the trust and support you have extended to me I am truly humbled and honored by your action.”

In a surprising moment IAM President Martinez returned to the stage and presented President Scardelletti with a plaque to commemorate the National Officer elections and the TCU 119th Anniversary.
IAM International President Bob Martinez expressed his gratitude to the TCU membership for their hard work and dedication to their union.

“Progress for working people will never come without a fight, and it’s because of the people in this room, the Machinists Union is fighting harder than ever and progress will be made,” said Martinez. “We will always fight for a dignified retirement, affordable healthcare and a fair wage for every working American.”