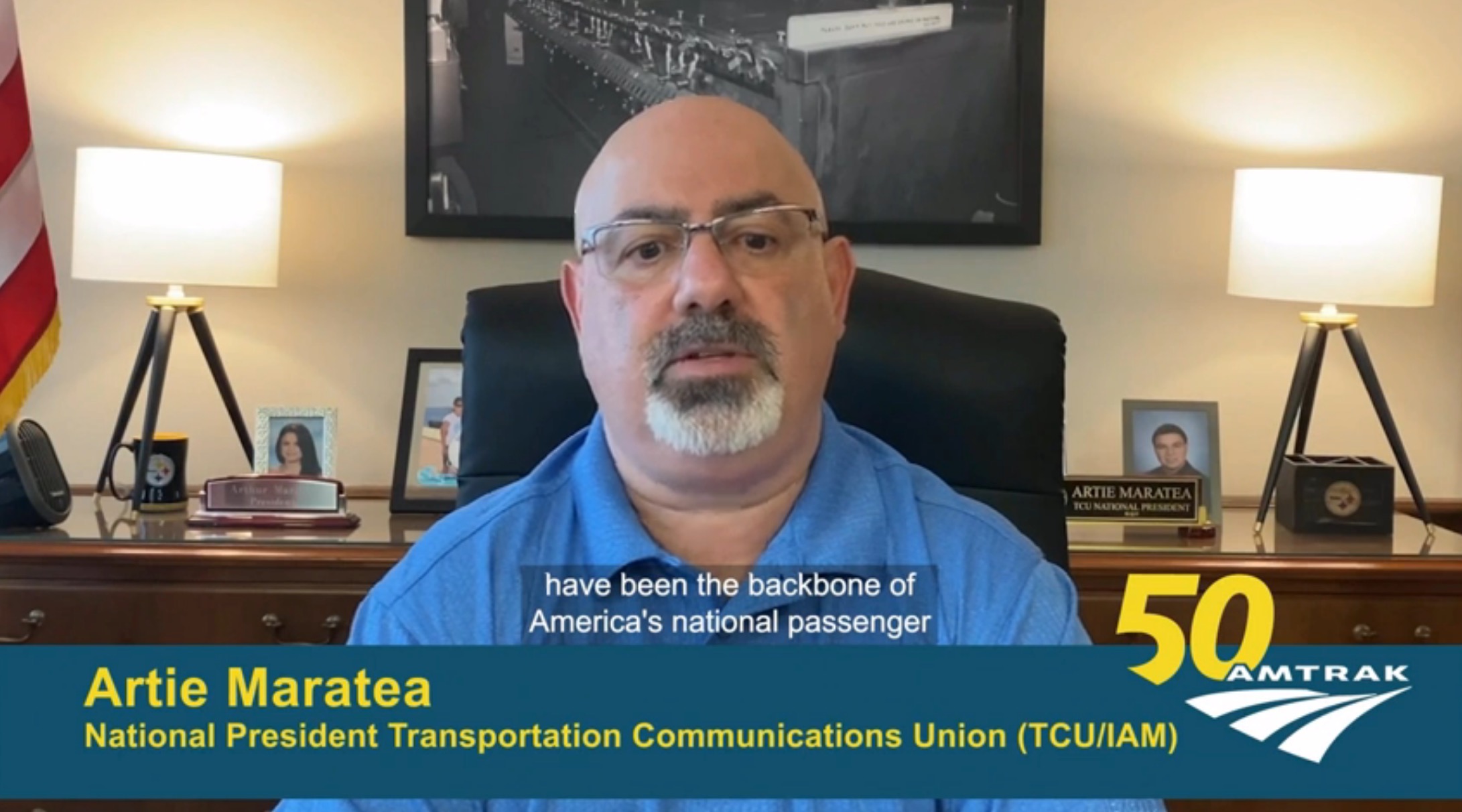 TCU President Artie Maratea, President Joe Biden and union leaders marked Amtrak’s 50th anniversary, and set a bold, new vision for passenger rail in America. Together they all are calling for passage of the American Jobs Plan, which contains $80 billion in new resources for Amtrak – funding that would expand service and secure the carrier’s future for generations to come.

President Maratea said, “Through thick and thin, Amtrak workers have been the backbone of America’s national passenger rail network – helping millions of Americans get to where they need to go…Today, we commemorate Amtrak’s 50th anniversary by applauding the hard work of former and current Amtrak workers, and our members look forward to moving Americans for another 50 years…On behalf of all of us at the Transportation Communications Union, we want to thank President Biden for his passionate support of Amtrak and its workforce.”

Greg Regan, president of the 33-union Transportation Trades Department, AFL-CIO (TTD) of which TCU is a member said, “For 50 years, Amtrak’s national network has connected people and communities across our country, all while creating good jobs. Now is the time to re-invest in this system, and transform Amtrak into a passenger rail system that rivals those found around the world.”

Click here to read the release from the TTD.