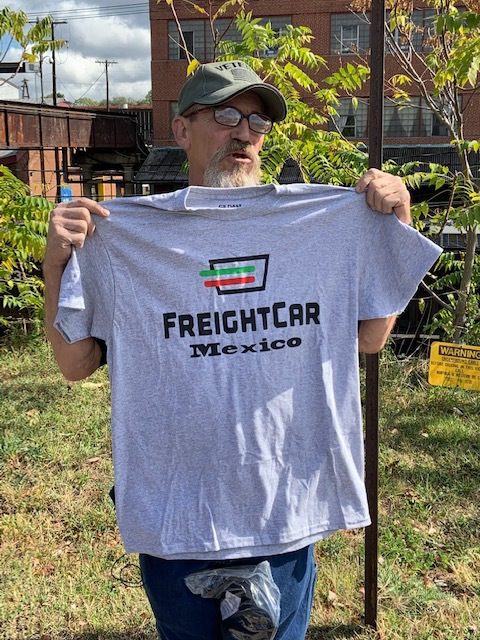 In a letter from Virginia Senators Tim Kaine and Mark Warner, they ask for FreightCar CEO James Meyer to explain the company’s actions in ending 200 good-paying union jobs and opening a new production facility in Mexico.

We write to you to register our concern that FreightCar America has chosen to close its manufacturing plant in Roanoke, Virginia, and offshore those jobs. FreightCar America has been a prominent employer in Roanoke for over a decade. The Roanoke community has made significant investments in your company; moving the plant will have a detrimental impact on the hardworking employees at the facility, their families, and the entire Roanoke community.

As 181 CEOs of America’s largest companies acknowledged earlier this year, investing in workers and communities is the only way for businesses to succeed in the long-run. FreightCar America has 200 dedicated, hardworking employees in Roanoke.

We are requesting a briefing for our staff to understand the rationale for the move and discuss how we can ensure that these 200 well-paying jobs stay in Roanoke.

TCU Carmen Division President and TCU National Vice President Rich Johnson said “It’s clear that the company was not honest with its workers back when it announced the Roanoke facility’s closure in July. It’s truly sad to see a storied American company mislead its workforce and the general public, only to ship these good-paying union jobs to Mexico… Roanoke is a wonderful community and the loss of these high-wage jobs will be felt throughout the region. The Roanoke facility was known for being productive and profitable – often identified by customers as the preferred manufacturing facility for their orders.”

Click here to read the full letter from Senators Kaine and Warner.