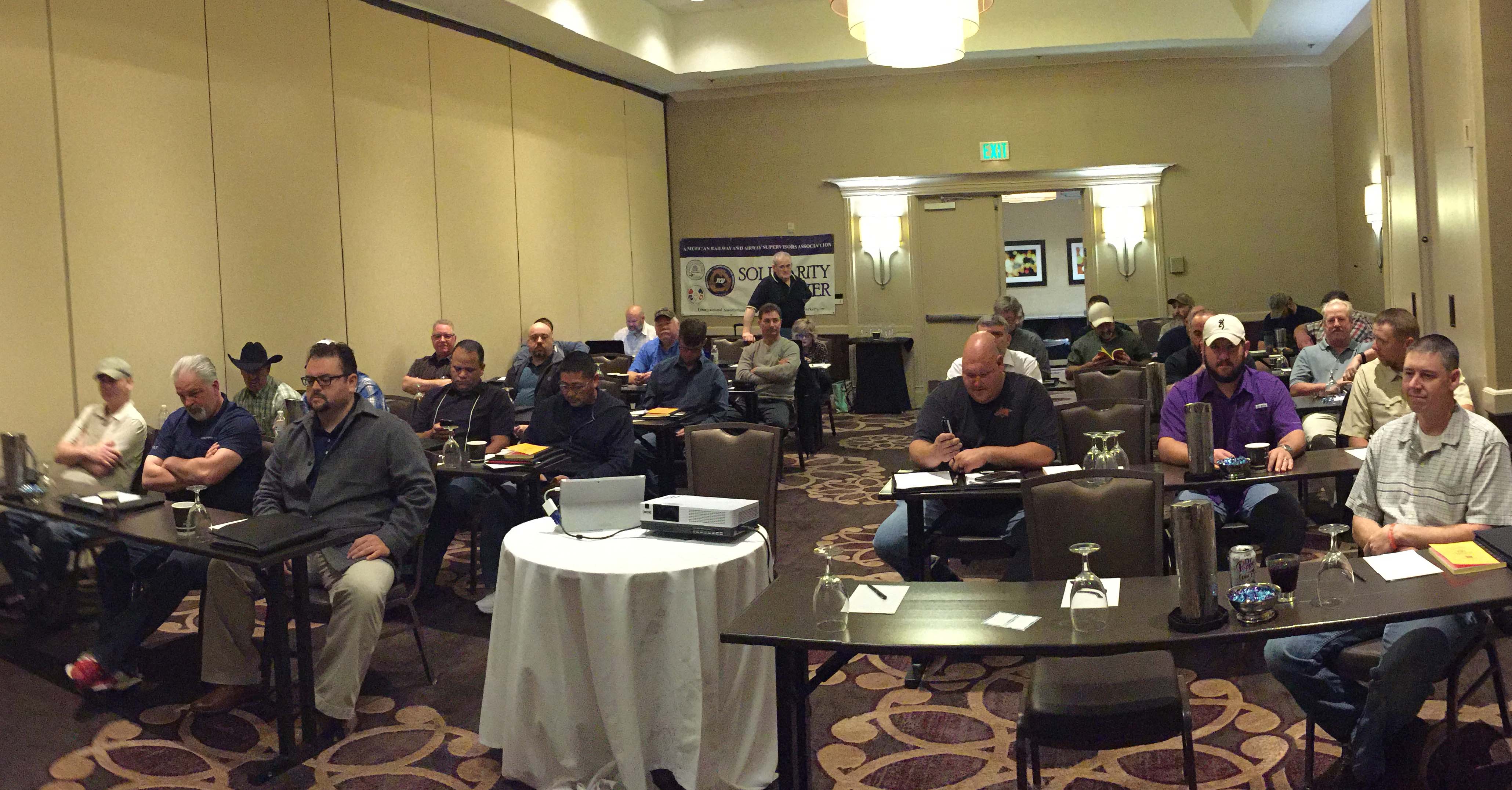 Thirty-three officers and representatives of ARASA Lodge 5101 attended a comprehensive training course on April 12-14 in Arlington, Texas.  All participants work for Union Pacific Railroad. Lodge 5101 has over 2,300 members, spread over 23 states, with 686 separate work locations.

“I am proud of the work these leaders put in during this training,” said TCU President Bob Scardelletti. “Learning the skills that will enhance the representation of our membership shows the strength and leadership of Lodge 5101 and makes TCU a stronger union.”